Why Are We Advertising Unhealthy Food? 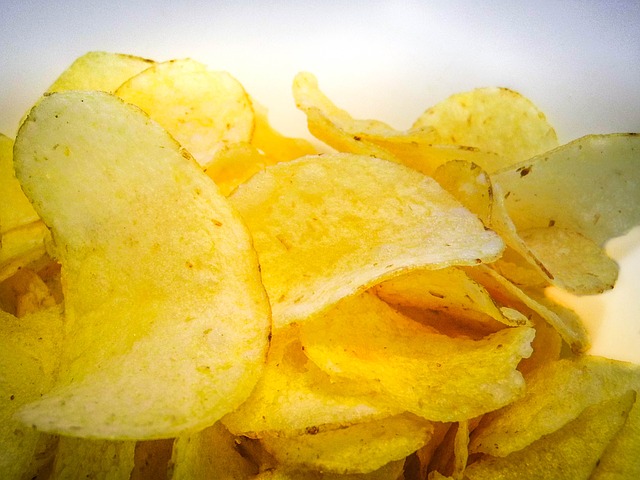 Advertising for fast food is so common we don’t even think about it anymore, do we? Who doesn’t know, like they know their own birthday, the McDonald’s jingle? Who doesn’t have any idea what a Blizzard is, besides young, young children?

And, as my final hypothetical question used to prove a point: who doesn’t know that these things are bad for you?

Because, it was to my knowledge that most were raised with the mindset that yes, there is indeed a Pizza Hut—for our purposes there is one on Belcher Road—and sure pizza tastes awesome, and pizza is a “staple” (somehow) of the American diet, but that doesn’t mean we should eat pizza all the time.

The kindergarten lesson was we should not eat unhealthy food every day.

Different world now though. Very different world. Where health, being healthy, is such a dire concern that we have an entire reality show devoted to it.

But, how did this happen?

Well, I am unwilling to say it was only people not having enough willpower. Have you seen what humans are capable of, even in their daily pursuits? Ever tried to perceive the entirety of what we as human beings have done in our relatively small time on this planet? I’m not willing to blame it entirely on people having too big of a sweet tooth or a craving complex.

But what I am willing to blame heavily, is pricing. Why is a soft serve milkshake like a dollar, but a salad often three to five? How is that reasonable? The obvious answer to my own question is that the chemicals and production process to make a cheap milkshake is dramatically less expensive, and thus you can sell it for a lot less. Cut corners, and those corners are money you don’t have to pay—at least upfront.

So, after this wordy roundabout, I come to my point: and what someone higher up on the world’s stage than I, should be advertising.

Making all this cheap food, often on an assembly line, and then making those advertising video spectaculars to get people aware of the cheap food, must cost a lot. Sure, the food is cheap, but the initial stages of instigating the system weren’t, I’d say. Furthermore, I’d argue, by now at least, if one accounts for medical bills and lawsuits and the like, the total is probably equal if not more money than what it would take to work out a healthier food economic ecosystem with less salt and sugar and grease.

This is a little on the line of conspiracy to say, I’ll admit, but, modern day advertisements do a heck of a job convincing us we should indulge again in a burger—whereas fresh lettuce or lean chicken receives almost nary a mention on television.

The sad part is, though, even if that theory holds water, perhaps we are too late in the cycle for such a thing to change.

If more advertising talked about cheap but also healthier food—in the standard lower caloric/higher vitamin content definition of healthy—then health might be less of an issue for people. Chipotle’s ads, for example, do a good job of promoting more organic ideals.

Now, people obviously have choice and free will to make their own food decisions, but one cannot as easily make decisions if the better options are not clear or seen.

And making things known is advertising’s job. This idea has many hurdles, sure. Avoiding the embarrassing stigma of the PSA and not trying to treat people like they are idiots about their own health is a big one.

But it is worth more effort than we give it. A healthier country is worth the effort.

It’s uncomfortable to say sometimes, but the marketing and advertising coming out of our corporations affects us on a marked level. Subconsciously and consciously. So, I implore that those making companies, and running companies, keep this in mind.

And get healthy food choices to be more prominent in our advertising.