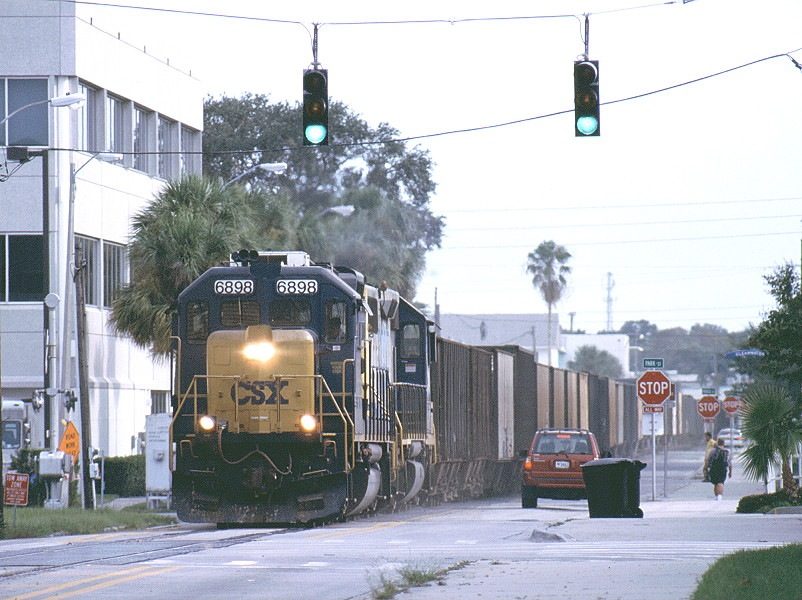 Clearwater is finally free from the frequent intrusion of train horns, which has been a long time coming, and is no small thing. For anyone in downtown Clearwater there were often several times in the day when you would have to hit the pause button on any phone calls you were trying to have because the train would come through and would announce to everyone that there was indeed a train passing through. You couldn't hear anything while it was going on, and depending on the length of the train, it could be a little unpredictable about how long the experience would go on.

It strangely got installed without much fanfare, which was a bit of a missed opportunity for whoever managed to finally get the decision pushed through. There had been enough coverage on how noisy it was, but no one has been out to ask how it feels to have the peace and quiet in place.

I hadn't even noticed myself that it had happened, but when it was pointed out it was obvious. You can get so used to working around an issue, and so make it a part of your routine, that it becomes almost invisible – even if it is very audible.

Given that the barriers and lights were pretty obvious, it did make you wonder who exactly the train horns were catering for. To witness the normal routine when a train came through, and the impossibility of crossing in front of it, you would have to work really hard to not know that there was a train coming. When the train would sound off it wouldn't just be once, or if it was one noise it was continuous until the train passed.

But no wall you get is the Florida sunshine and the occasional car noise. It's great!